Join us virtually for a lunchtime conversation with Chuck Fowler, Author, “Tall Ships on Puget Sound”

Book Description:
This engaging pictorial history tells of the tall sailing ships that came to the Pacific Northwest beginning in the mid-1700s. Met by native Salish people, the ships brought Spanish, British, Russian, and American explorers, as well as settlers and entrepreneurs, to the region. Over the next two centuries, during boom and bust periods, these majestic vessels have continued to ply the waters of Puget Sound. Today the proud tall ships operate in a training and education rather than commercial context; however, the commitment to preserving and promoting their heritage remains strong within the region, as well as throughout the United States and around the globe. This groundbreaking book features 180 rare photographs and illustrations that chronicle the colorful history of tall ships on Puget Sound. 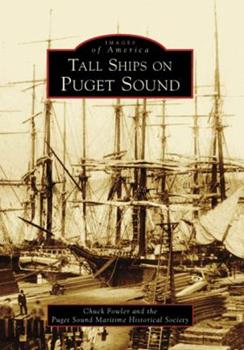